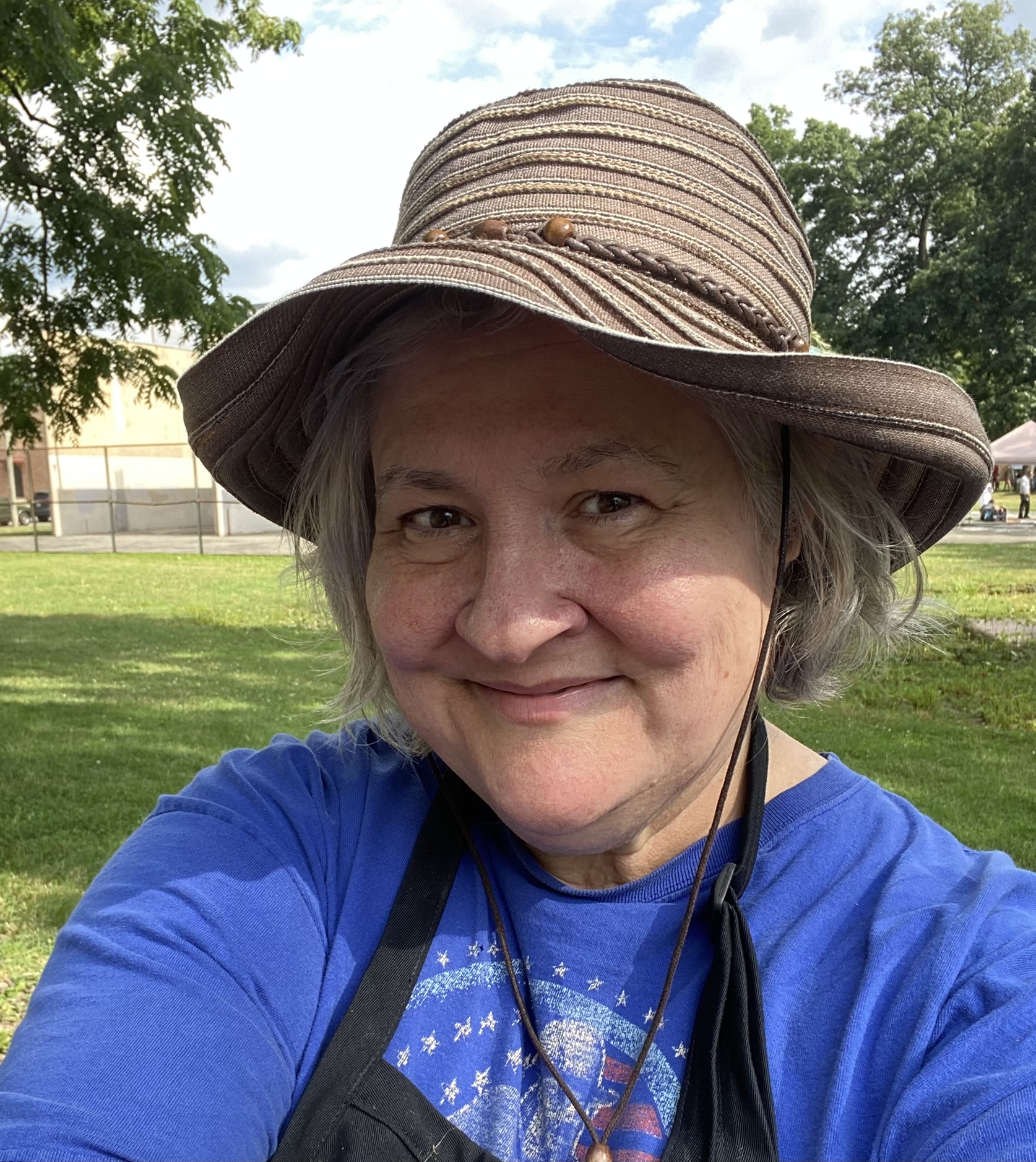 It's the little things

Not every person wants to be an artist, but for those that do there are few that make it to any level of recognition. Linda Denney Shepard is one of those talented few. She’s been featured in the Ohio Art League fall 2020 and spring 2021 exhibitions; in Xandau’s Art Catalog; exhibited in the Nationwide Area district’s Marconi building fall 2021 (Ohio); and awarded mural contracts with the U.S. Navy. Her work is a modern take on impressionism. Her forte is finding beauty in the simple things, everyday things that litter people’s lives. She has the ability to transform the mundane into a beautiful, breathtaking, perceptual experience. To her, there is beauty everywhere and she bears a responsibility to showcase that beauty on canvas. Currently she works in oil painting and dry pastel.

When asked about her technique, she replied, “There is no right way to create art.” Shepard playfully added, “The sheer joy of doing something that I should know better than to do, sometimes leads to my most glorious failures. Failures are sometimes the catalyst to uncover new techniques unique to her paintings. According to Shepard, experimentation and bold initiatives are virtues to embrace when creating art.

Shepard is the oldest of three sisters from a close-knit Ohio family. She enjoyed a safe, middle-class upbringing with a working father and stay-at-home mother. She was very close to her grandmother who made her truly believe that she could do anything.” Although her parents fully encouraged her, even giving her an oil paint set on her 12th birthday, they had serious concerns about “art” as a viable career. So with prudence in mind, Shepard majored in industrial design and minored in fine art at Charleston Southern University. She kicked off her graphic design career upon graduation in 1992. Shepard relayed an anecdotal story her father once told her... “Apparently, when I was a very young child, my parents were called into a conference with my teacher who explained that I refused to color in the lines or use the correct colors. My father responded that I was allowed to color however I liked and they would not force me to change because I drew and colored how I saw things.” Shepard laughingly explained that even today she still paints however she wants without concern about correctness. “There’s no wrong way to do art!” Shepard firmly stated.

“In graphic design,” Shepard explains, “as in fine art, I strive to create compelling visual compositions. I try to tell a story or evoke an action; removing extraneous visual clutter for a clear intention. I create visuals to support content.” Shepard credits those laborious years in design for teaching her some basic tenets: “Always have a technique; be flexible because there’s always more than one way to something good and ‘right,’ expect failure, but learn quickly and move on; your first idea is often not your best; don’t fall in love with any single concept; get thick skin; your time is valuable; taste is subjective and not necessarily ‘good’ or ‘bad;’ and finally to be receptive and responsive to feedback.” 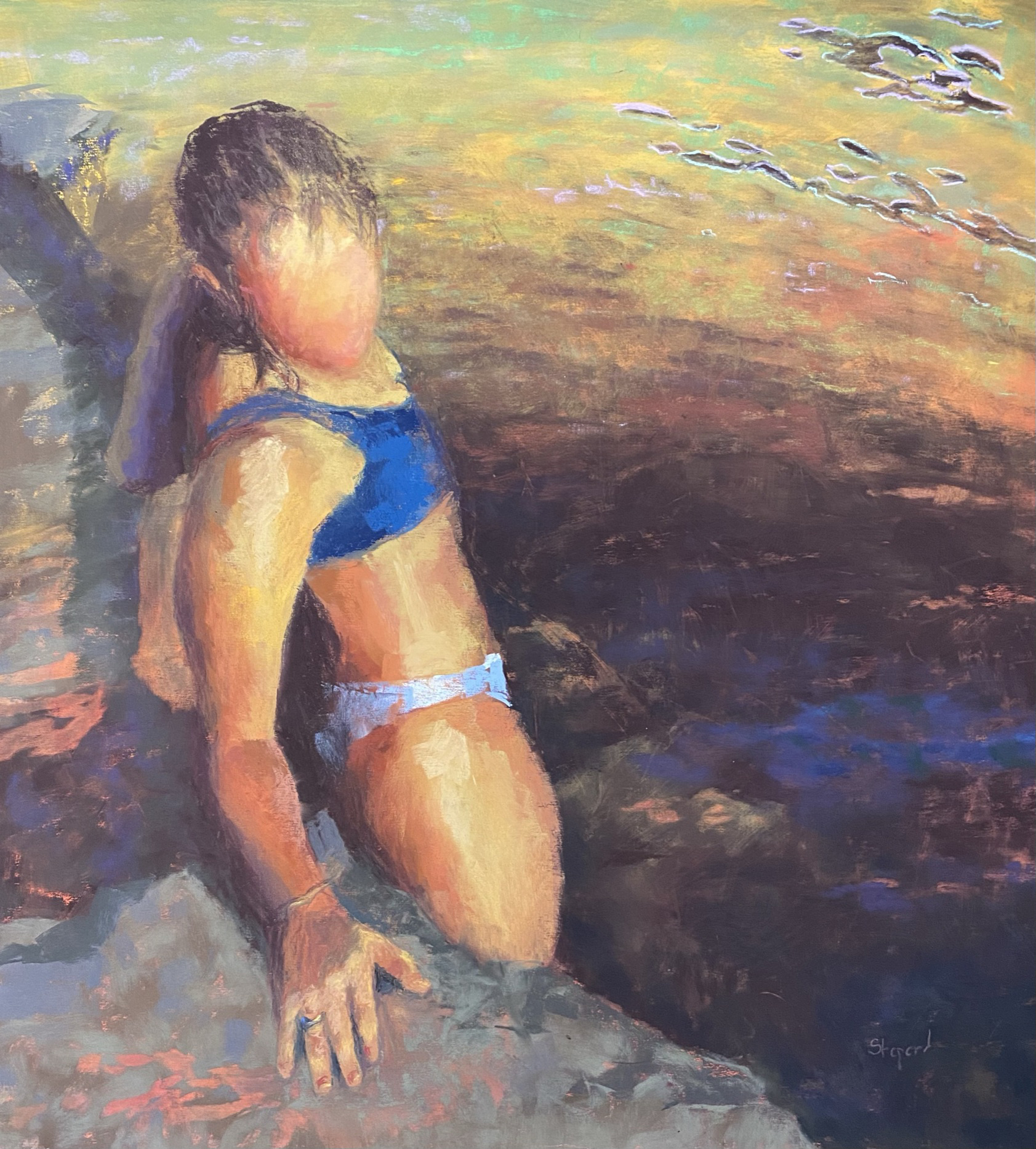 Shepard has always had a home “studio.” Whether it be as humble as a room the size of a bedroom or a full-blown studio rental in the Franklinton Arts District, she always found the space and time to practice and learn more about her passion. Even during those frantic years of establishing her design business, she still chiseled a time and space for her fine art pursuits. Her studies have included formal art training, online seminars, in-person workshops, and artist communities. Her technique is a result of academic training and independent study, plus incredible natural talent. Shepard has the unique ability to transcend the mundane; to recreate the seemingly ordinary into art. When asked to describe the technique she used to create the sparkling lighting effect in Sunset Swim she had this to say.

“For the most part, pastel paintings begin with an underpainting that is often a gradient that will be used for lighting in the final painting. In this painting, the upper layers of greens and browns are brushed away to reveal a golden glow in the water. “Underpaintings are alcohol washes of pastel and are most often the color I choose to unify the painting, but sometimes they’re the local color. The alcohol wash serves to eliminate any area that is white or unpainted making it so subsequent layers of pastel don’t require physical blending. Often most of the underpainting will be covered with only crackles showing through in the final work.” “My favorite way to unify without physically blending is to scumble a Terrage lightly across the surface to help knock down 90º stroke edges and soften the broken color effect in areas of a painting that need to be quieted.” Shepard succinctly explained.

Her preferred subject matter often involves the quietly extraordinary in spaces that almost anyone can access free of charge. Public reserves, bike trails and forests provide some of the most breathtaking views for her compositions. However, when it comes to florals she had this to say, “I like florals because flowers can re-calibrate our sight from the rigidity of our man-made, utilitarian environments to one of exciting color and organic form. “I remember feeling disappointment when going on location to paint the sunflower fields in Late Bloomers because there were so few flowers left. Yet, it’s one of my favorite works because of the simplicity and beauty of what replaced the sunflowers, as well the cadence and color of the ones that remain. This is a perfect example of the unexpected beauty of what I’m trying to capture with my chosen subject matter. Had the field been fully blooming, it would have been more expected and lesser.” Shepard explained.

Quarry Rock Falls represents a memory of a family playing in the falls without referencing any specific individuals or event. She explains, “When I include figures in a composition, I like for them to be nondescript and can feel more like memory and less like a specific place in time.” 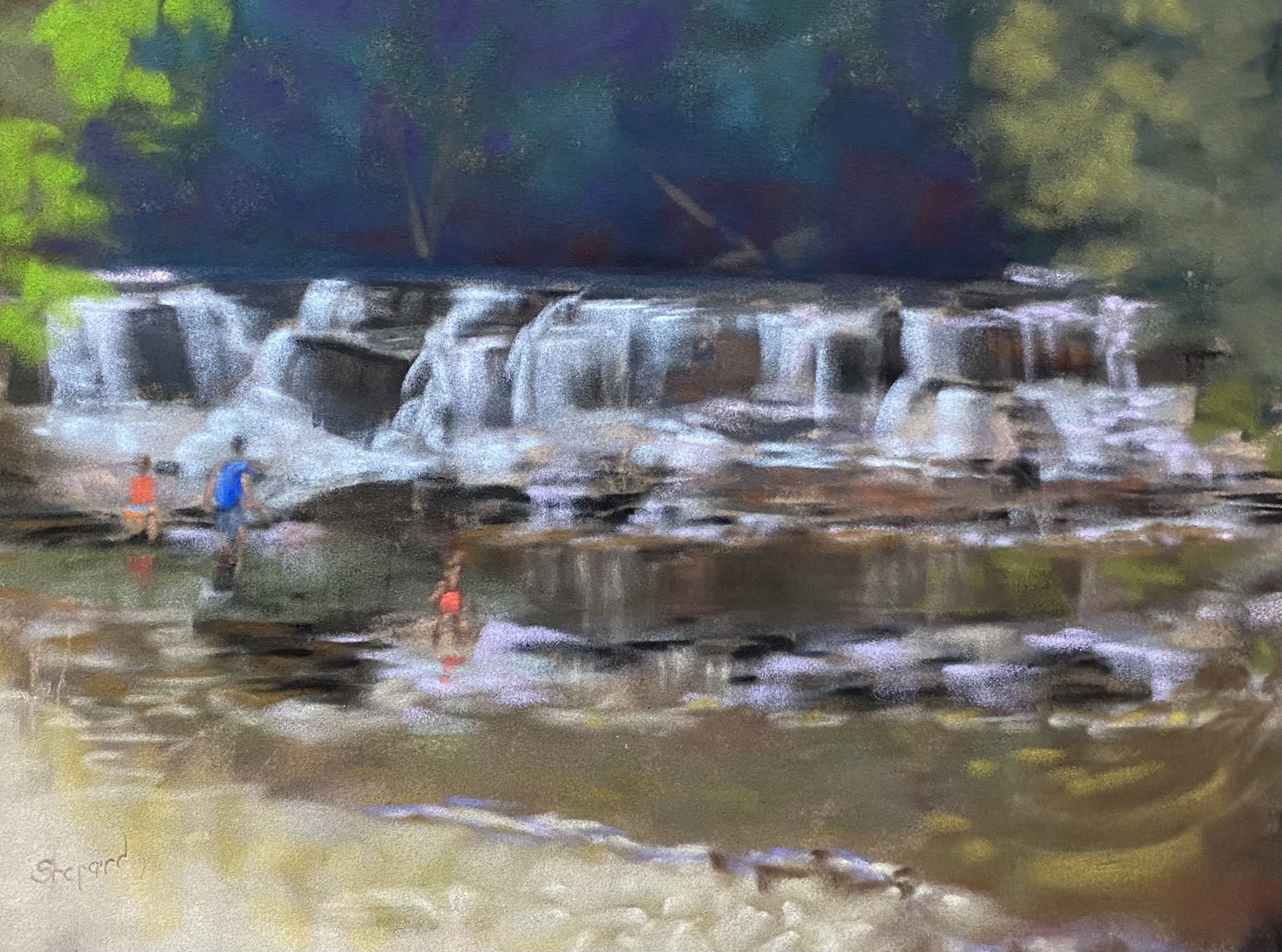 Shepard’s life has been a continuous journey towards this moment, an accumulation of events leading to her status as the latest emergent artist to “have” and “own.” When it comes to art collectors, she explains, “I’m thankful for those who see the value in original art as something other than mass-produced, superficial beauty.” It’s easy to be drawn to her love of art when you look at her paintings. It’s clear that this artist truly has a gift for bringing beauty alive in the simplest of things. She truly is unique and continues to be inspired by the exceptional hidden amongst the ordinary. Shepard is active in the Ohio Art League, Central Ohio Plein Air Painters, Ohio Pastel Artist’s League, Dublin Artists Lounge, and #CultivateArtists.